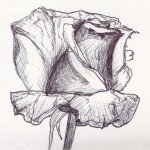 In honor of Earth Day, I share with you one of my favorite poems by e.e. cummings:   i thank You God for most this amazing day:for the leaping greenly spirits of trees and a blue true dream of sky;and for everything which is natural which is infinite which is yes (i who have died am alive again today, and this is the sun's birthday;this is the birth day of life and of love and wings:and of the gay great happening illimitably earth) how should tasting touching hearing … END_OF_DOCUMENT_TOKEN_TO_BE_REPLACED

http://www.unep.org/wod/ Apparently, the idea for a World Oceans Day was first proposed in 1992 at the Earth Summit in Rio de Janeiro. Remember that ground-breaking gathering? Press releases: marine litter, protecting our oceans, online marine study system. http://www.treehugger.com/files/2009/02/san-francisco-ocean-film-festival.php If only I had known about this a few days ago and lived in the Bay Area, I would have caught some of these films. The San Francisco Film Festival was held … END_OF_DOCUMENT_TOKEN_TO_BE_REPLACED

My Art in a Book!

My blog post about designing the book: Self-Publishing Adventures

© 2000-2021 Anne S. Katzeff. All rights reserved. Unless noted, all artwork and text are copyrighted by the artist. Images may not be reproduced, manipulated, or used in any way without Anne’s written permission.