I initially wrote this post in July 2010. I’ve added updated information to it a couple of times, the most recent one about Photoshop CC and OSX 10.10.5 Yosemite.

I’ve always preferred doing my scanning from within Photoshop, since it offers a fuller range of control than most scanner software. It obviously interprets the RGB data extremely well. After turning on the scanner, launch Photoshop and scroll down the FILE menu to IMPORT, where you will see either the TWAIN option or the actual name of your scanner. That’s your ticket to scanning success.

In 2010, when I upgraded to from CS3 to CS5 and Snow Leopard, I was no longer able to scan from within Photoshop. At first, I thought Adobe had simply moved the menu item to another spot, but quickly realized that it simply wasn’t there any longer. I was able to use the scanner software easily enough, and the scan was moderately good quality. Yet, I was still dissatisfied, so I did some research and discovered a few interesting things, which solved the problem: 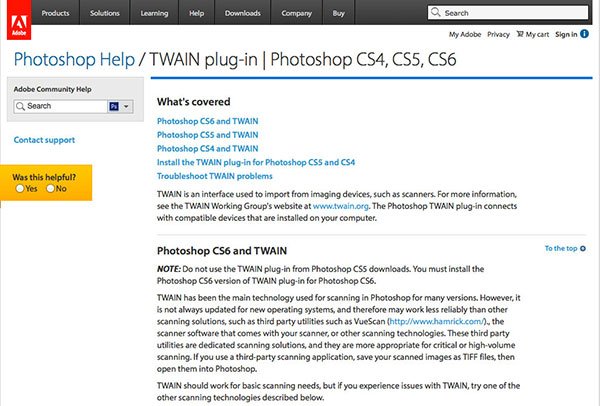 Note that TWAIN is available on the Windows platform only in 32-bit mode:

After putting the TWAIN plug-in inside your Photoshop plug-ins folder, open Photoshop the usual way, but in 32-bit mode.

I searched the forums looking for an answer and discovered that TWAIN is on its way out (no kidding). The ImageKit framework is the new standard. I found an alternate solution using Image Capture, which comes packaged with current OSX versions, is free, and operates on ImageKit. The key change is selecting “Images from Device” when importing.

This will launch Image Capture. I configured it to create a new Photoshop document, thus loading the scanned image directly into Photoshop. That’s my ultimate goal, so I’m happy. There are a number of options to choose from: 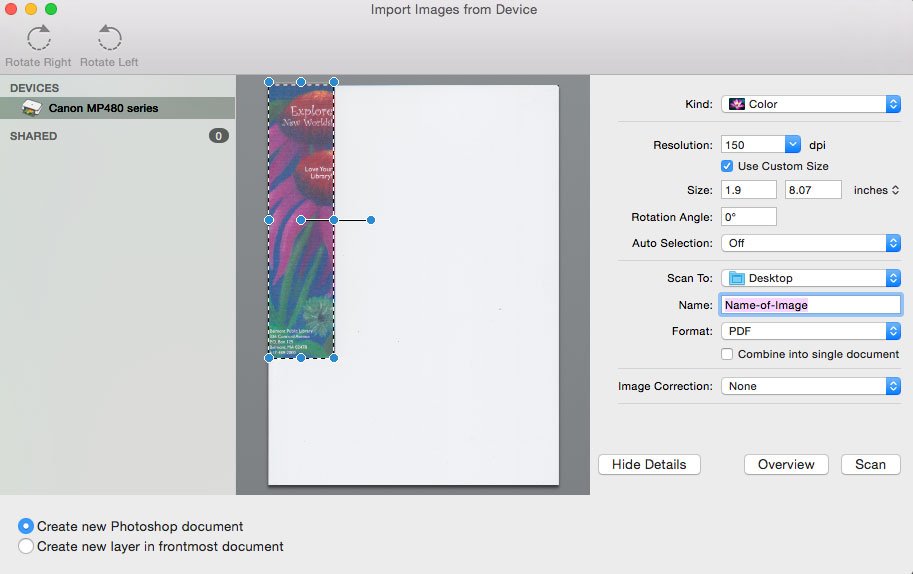 Adobe’s “HELP PAGE” on this subject is very useful, if you’d like more information. Please share with us what steps you took to solve this problem.

How to Create and Edit WordPress Galleries

How to Resize an Image in WordPress

How to Resize an Image in Photoshop

This site uses Akismet to reduce spam. Learn how your comment data is processed.